As one of just five Mediterranean regions of the world, Northern California is a global hotspot of biodiversity.

As one of just five Mediterranean regions of the world, Northern California is a global hotspot of biological diversity. Sonoma County comprises a nearly complete sampling of Northern California habitats thanks to its coastal geography and wide range of topography and microclimates. It is one of the most biologically diverse places in the United States, and home to eighteen plant and two mammal species that are found nowhere else on earth (Community Foundation Sonoma County 2010). As part of the California Floristic Province, this region supports perhaps the greatest diversity of plant species in North America (Bay Area Open Space Council 2011).

Pepperwood provides critical habitat that is highly permeable to wildlife, and has been classified as both a habitat “corridor” (vital to migration and movement) and habitat “core” (contains critical breeding and rearing habitat), depending on the scale of analysis. Pepperwood works actively with its neighbors to promote habitat connectivity, and is serving as a regional hub for climate planning in partnership with federal, state, and local land managers. 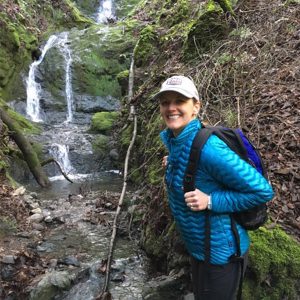 Pepperwood’s Mediterranean climate is characterized by an extended warm, dry season from April to October, and a cool, wet season from November to March. Temperatures over 100°F can persist for a week or more in the warm season. Winters are mild, with few nights below freezing and frequent short dry periods. Snow occasionally dusts the preserve’s higher elevations, but significant snow is a rare event. Average annual rainfall is about 34 inches, but year-to-year values are highly variable. Recorded extremes in the Mark West Creek watershed range from 16 inches (1977) to 74 inches (1983).

Pepperwood is located in the southern portion of the nearly 1,500-square-mile Russian River basin, which hosts diverse ecosystems including warm- and cold-water fisheries, supports valuable agricultural lands and a world-class wine industry, and provides drinking water to over 600,000 people (including water exports to Marin County). It is the most southerly watershed in California's 19,390-square-mile North Coast Hydrologic Region, which is comprised of Pacific coastal watersheds extending north of the San Francisco Bay to the Smith and Klamath basins at the California-Oregon border. 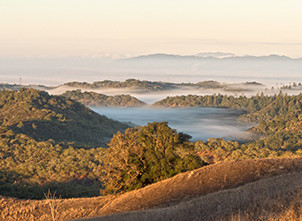 Pepperwood comprises headwater portions of the Geyserville and Mark West hydrologic sub areas (HSAs) of the Middle Russian River watershed, that can be further divided into five smaller-scale planning watersheds defined by local blue line streams (CDWR 2013). The preserve’s headwater streams are typically intermittent, with high flows in January through March that then dry out in the spring, leaving little surface water from June to November. Springs, marshes, vernal pools, and ponds dot the landscape and provide unique niches for plant and animal communities. Surface water can persist into the dry season in a handful of streams as disconnected pools, providing critical habitat for species of concern including California giant salamanders (Dicamptodon ensatus) and foothill yellow-legged frogs (Rana boylii).

The total annual runoff and recharge generated by the Pepperwood parcel as estimated by the USGS Basin Characterization Model is approximately 10,000 acre-feet per year (Flint and Flint 2014). The majority of Pepperwood drains into the Santa Rosa Valley Groundwater Basin (SRVGB), which is the second largest groundwater basin in the North Coast Hydrological Region. Fog patterns on the preserve reflect the complex interactions between the marine inversion layer and our topography. On many summer days, fog travels up the Russian River Valley or through the Petaluma gap, and then north to fill the Santa Rosa Valley, but some days it fails to reach Pepperwood. On rare days, fog that blows through the Golden Gate continues up from the San Francisco Bay into the Napa Valley and enters Pepperwood from the east. Fog only contributes an estimated 2 percent of the total precipitation on the preserve, yet it may still be a critical dry season water supply for habitats such as redwood forests and grasslands (A. Torregrosa pers. comm. 2015). In addition, fog can reduce the amount of solar radiation reaching the preserve, in turn reducing evapotranspiration.

Coastal, interior, northern, and southern climates converge to create a rich mosaic of plant and animal communities at Pepperwood. These communities are representative of the interior areas of Sonoma County and include mature Douglas-fir (Pseudotsuga menziesii) forests, mixed hardwoods, expansive grasslands, diverse oak woodlands, a relatively small coast redwood (Sequoia sempervirens) forest, mixed and serpentine chaparral, and small reaches of riparian woodland. There are 543 native plant species and 76 non-native species on site (DeNevers 2013), and the nutrient-poor soils at numerous rock outcrops support some locally rare native plants. Fifteen of Pepperwood’s plants were listed in the California Native Plant Society’s Inventory of Rare and Endangered Vascular Plants of California as of March 2016. 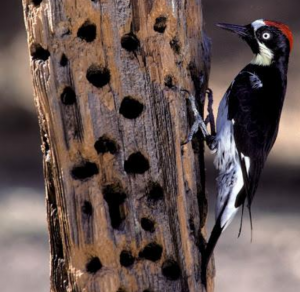 Thirteen species of amphibians and 17 species of reptiles have been confirmed at the preserve. California giant salamander larvae can be found in perennial pools including those in Redwood, Martin and Rogers Creeks. Pepperwood is one of the few preserves in California where all three species of newts (genus Taricha) that are native to California can be found. Pepperwood is also home to populations of threatened foothill yellow-legged frogs (Rana boylii) as well as northern western pond turtles (Actinemys marmorata subsp. marmorata).

Over 150 species of birds have been documented at Pepperwood, 37 of which are listed as species of special concern by the California Department of Fish and Wildlife (CDFW 2016a). The federally threatened northern spotted owl (Strix occidentalis subsp. caurina) has also been seen at the preserve. 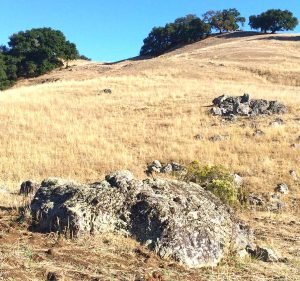 The Northern California Coast Ranges are characterized by north-westerly trending hills and valleys, and a geology shaped by a complex, active fault network. Pepperwood consists of a diverse assemblage of sedimentary, igneous, and metamorphic rocks of the Franciscan Complex
and Sonoma Volcanics geologic units. The Sonoma Volcanics formation consists of hard rocks created by lava flows, and water reworked tuffs and debris flow materials created through the weathering of ancient volcanoes (classified locally as the Glen Ellen Formation).

The principal structural feature at Pepperwood is the Mayacama Fault Zone, which extends into the preserve from the northwest, follows the high central ridge, and then exits through the southeast corner. Within the preserve, the fault zone is from 0.3 to 0.75 miles wide, and delineates a complex area with numerous faults of varied displacements and a large number of springs.