The following is the third in a series of stories written by Sonoma-based author Rebecca Lawton about the experiences of people close to Pepperwood during the North Bay fires that began October 8, 2017. 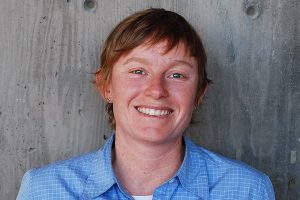 The sky was falling in west Sonoma County near Celeste Dodge’s Sebastopol home—or so it seemed. “Ash rained down for days following the Tubbs Fire,” says Pepperwood’s Systems Ecologist. “I recognized various things like curtains and siding and leaves from trees. It was clearly the ash from the burning forests as well as from people’s homes.” The most startling object was a photograph. “It was an old photo, from the 1950s or so, of a mother and a baby. It was barely singed at the edges. I just couldn’t believe that it could shoot up into the sky and fly maybe seven miles to land on the sidewalk over here.”

High winds on the night of October 8th had woken some of her friends and neighbors, but Celeste had slept through the night. “I also never heard my radio alarm. Our station had lost communication, so there was no sound coming through. I slept in until around seven in the morning when the landlord knocked on the door and yelled, ‘Santa Rosa is on fire!’”

Celeste recalls being shocked awake. “I’m a fire tracker, because I grew up in the Sierra Nevada foothills, where we’ve seen a lot of fires through the years. I’m also a map nerd and love all things GIS—that is, Geographic Information Systems—and all things spatial data. I quickly got onto Google Earth to look at the latest satellite detections for fire. I saw that fire had already burned from essentially Calistoga to west of 101 in Santa Rosa.”

In all her years of watching fires, she’d never seen one move so fast.

“When data goes to Google Earth, it’s color-coded for time. New fire detections go from red to orange to yellow every six hours. The morning of the fire, I saw that every single patch was still red. I don’t recall ever seeing such a large area burn within a six-hour period.”

Days later Celeste saw some of that same burn area firsthand when she made a quick visit to Pepperwood to assess the damage. She drove in from the north before the main road reopened, via a back way through an adjoining property. “The initial firestorm that destroyed 7,000 or so structures ripped through Mark West and the southern tip of the preserve. The rest of Pepperwood, from what we see so far on the land and by satellite, burned over a period of three days. So when I first came back, what I observed the fire had done to Pepperwood’s forests was surprisingly non-destructive and clearly beneficial.”

On her first trip back after the fire, Celeste inspects a rain gauge that is part of Pepperwood’s Sentinel Site monitoring network

The fast-moving fire that stormed through Pepperwood’s southern tip destroyed not only residences. “It also got the equipment barn where I kept spare parts and tools for maintaining our sensor-based monitoring. I manage the physical science projects for Pepperwood’s Watershed Sentinel Site, which tracks ecosystem health. We measure physical indicators like weather, streamflow, and plant diversity. We have a lot of micro met stations all across the preserve that rely on electrical equipment so there are lots wires and such out on the landscape. When the barn burned down, I lost all my tools and all the sensors and extra parts that weren’t yet deployed.”

With crisis comes opportunity, and Celeste is repairing equipment as fast as she can. “There’s a huge need now to monitor post-fire risks such as debris flow—loose material that moves down mountainsides and hill slopes—and high loads of sediment in our streams. It’ll take awhile to get up to speed, though, because some of our sensors are in parts of the forest that we still can’t enter. Out in the grasslands, it’s much safer. I’m focusing on the core weather stations first, at the places where we have access.” Later, after crews have made greater progress clearing wooded areas of dead, standing timber, Celeste and team will go back in.

She’s also thinking beyond the immediate need to assess and repair. “We’re writing proposals all over the place, for potential funding.”

“We want to play a role in collecting data that’s meaningful for the whole region.”

The Pepperwood team has been in touch with the Nevada Seismological Laboratory, which has a system called AlertTAHOE, in which cameras act as modern fire lookouts. “It started as a kid’s school project, using the Internet and fire cameras. They place them in large viewsheds like Pepperwood’s as an early-detection, rapid-response system. The network will extend to the coast, and we want to be a site for that.”

Celeste is also excited to be part of the larger discussion about fuels and forest management. “We’re hoping that there’s a larger push from the community about how to design things smartly and how to manage fuels. How we decide to build our infrastructure is critical where wild and urban land interface.” 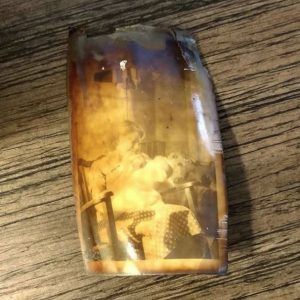 The burned photograph Celeste found near her home.

She feels changed by the fires, having heard so many traumatic stories from people who are close to her. “It’s been interesting. A little sad, a little exciting. It’s many things. I didn’t sustain personal loss, although it’s a community tragedy. It’s obviously the hardest for those who lost their homes or loved ones. People’s stories are impactful, but the most impactful thing might be the scale. Even folks I’ve talked to who’ve been in the area forever have never experienced a natural disaster like this. That’s a changing thing.”

Now Celeste is looking forward to being at Pepperwood to continue her monitoring and tracking. “We’re watching for any fire-following species. Like the redwood lily, which appears after a fire comes through. The opportunity to explore some of our chaparral regions, which were really too thick to enter before the fire, will also be amazing. We’re going to be documenting the recovery closely.”

Among her other investigations, Celeste is trying to solve a different mystery—one involving the photograph that fell from the sky. “I’d like to return it to the people it belongs to, if I can find them. I’m saving it until I do. It’s pretty wild. It’s very sad but beautiful at the same time.”

Your tax-deductible gift to Pepperwood will help upgrade our Sentinel Site equipment so we can better document the post-fire recovery of our landscapes, and gain critical insights into how our communities can better prepare for the challenges that lie ahead. Your gift also supports Pepperwood’s role as science advisor to the North Bay’s collaborative response and recovery efforts. 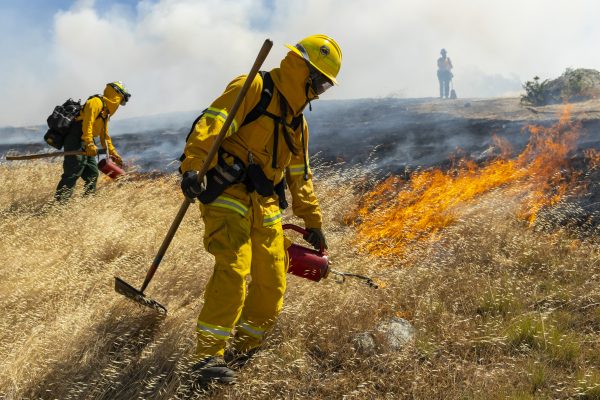 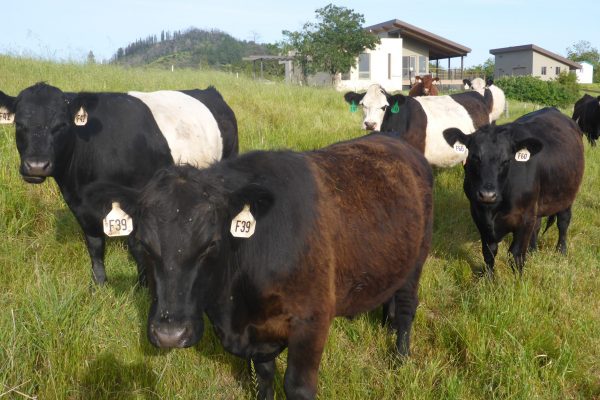