Pepperwood and the Santa Rosa Junior College partner to offer a two-semester Bio 85 – Natural History of Pepperwood course that certifies participants as UC California Naturalists. Students have the option to submit an article for the Pepperwood Field Notes Blog as part of the course. The following is a student-submitted article.

Water at Pepperwood is a very serious business.

Located on a ridgeline of the Mayacamas Mountains and at the southern end of California’s North Coast Range, Pepperwood is uniquely situated at the headwaters of five subwatersheds—Mark West Springs Watershed, Porter Creek Watershed, Upper Franz Creek Watershed, Lower Franz Creek Watershed and Brooks Creek Watershed—all keys to the larger Russian River watershed.  At the highest elevations of the preserve, above 1600 feet, annual rainfall can be as high as 50 inches.  From these ridge top headwaters, approximately sixty percent of the rainfall in a typical year follows gravity downhill.  Beginning with the high flow montane streams cascading through Pepperwood’s rolling topography, water branches and flows into tributaries and streams, spreading into broader waterways of the Russian River and estuaries of the Santa Rosa plain before a final push to the Pacific Ocean. What happens to the rest of the water? It infiltrates into the ground, gets caught in catchment basins, or is taken up by plants and animals with some portion lost to evaporation.

Pepperwood’s underlying geology defines how water moves through the landscape. 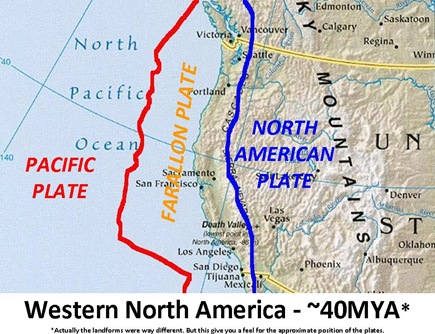 Approximately 140 million years ago, the scraping action of the Farallon Plate pushing underneath the North American Plate formed a mélange of ocean bed material called the Franciscan Complex, creating the undulating Coastal Range.  Fast forward another 135-137 million years ago when magma erupted from under Sonoma County through a crack in the crust to form what is called the Sonoma Volcanics, a mix of lava and ash that covered the rolling Franciscan Complex.  The rock outcroppings and big boulders seen from Pepperwood’s Bechtel House up to Three Tree Hill and out along Roller Coaster Ridge, are exposed remnants of underlying rock that have resisted erosive forces due to hardness, chemical reactivity and cohesion.  As water moves over and through the many small valleys, depressions and ridges created by this geological history, it incises stream beds, percolates underground, and deposits minerals and organic material along its way, determining where plants will grow and what kind of plants will adapt to a particular location. 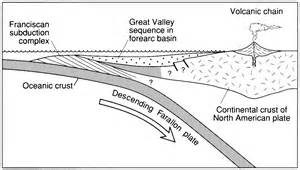 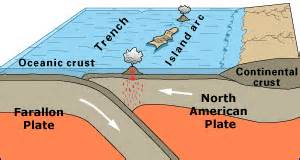 The resulting topography creates microclimates all over the preserve.

This occurs as hillside orientation affects solar radiation and warming of the soils, in turn affecting wind conditions and air temperature. These differences in climate within a relatively small geographic area give rise to diverse vegetation and a multitude of species resulting in Pepperwood’s global classification as a biodiversity “hotspot”. The upper areas of the watershed are composed of rolling non-native and native grasslands that integrate with coniferous forest, oak woodland and chaparral habitat. There is even redwood forest habitat at the bottom of the north east drainage from the ridgeline below Roller Coaster Ridge.

Pepperwood is a living laboratory.

Today, with a changing climate affecting air temperature and precipitation patterns, Pepperwood’s microclimates and biological diversity provide an exceptional opportunity for research into how these climatic shifts may affect soil moisture, water availability and retention, run off, erosion and evaporation, and ultimately vegetation and animal responses. And Pepperwood is doing just that with its Sentinel Site monitoring network incorporating hundreds of sensors and research plots across the preserve. Truly a Watershed Moment for measuring the pulse of the health of our environment! 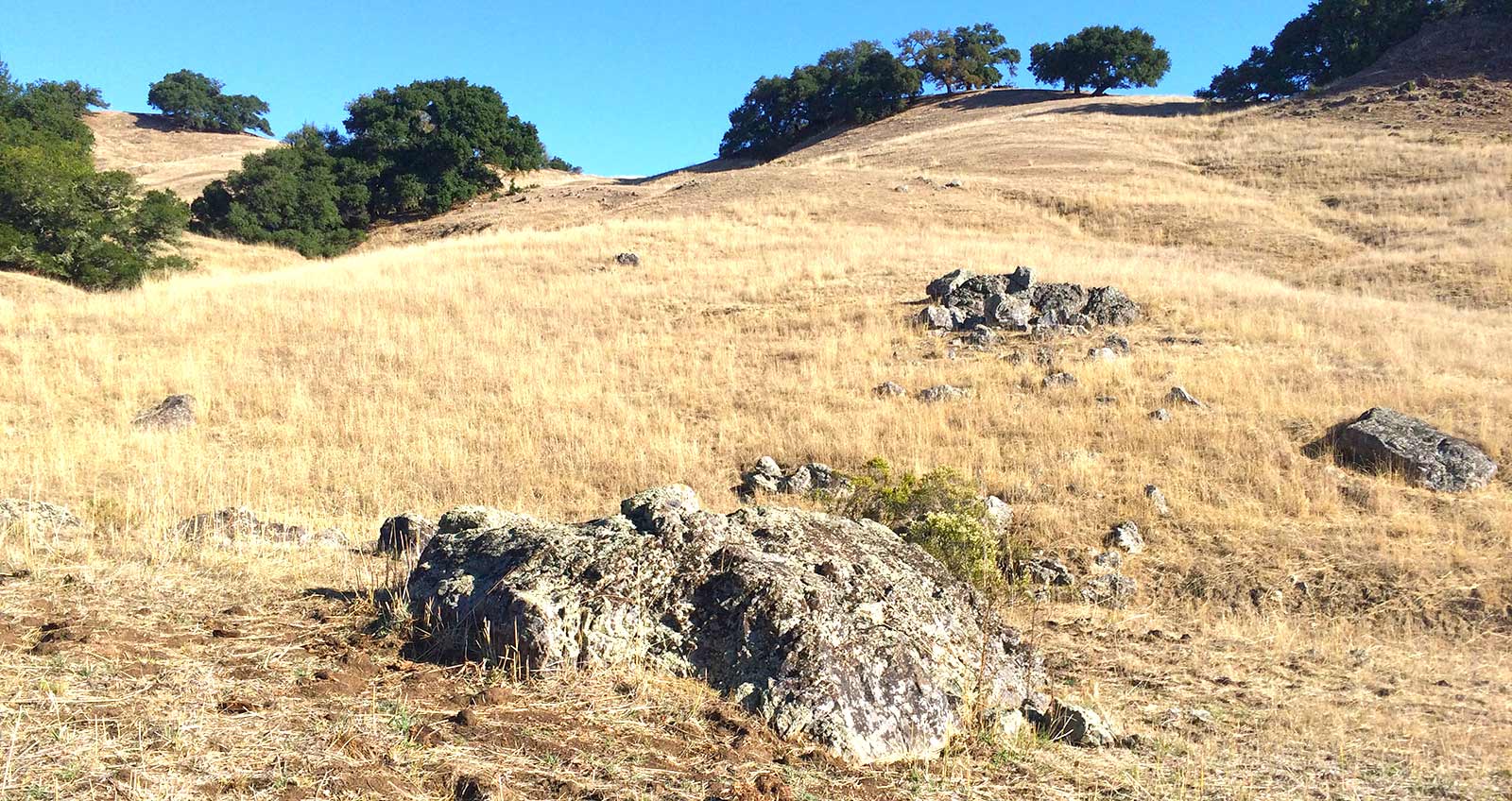 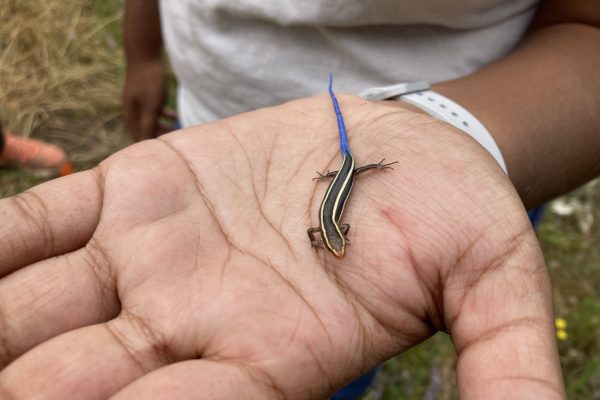 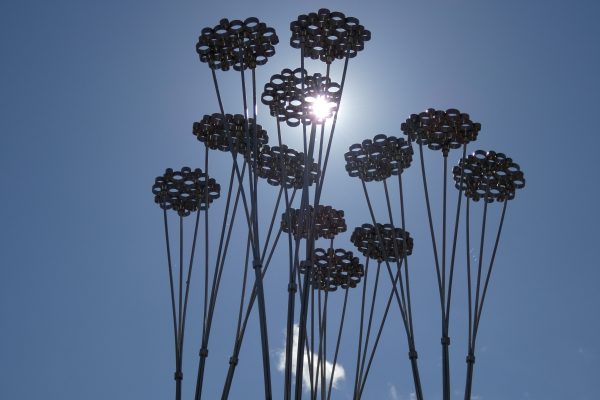 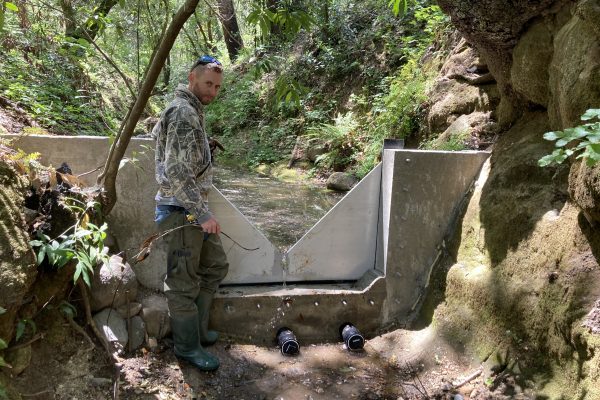