UPDATE: Click here to read more about the burn on our blog.

Read about it in the Press Democrat. 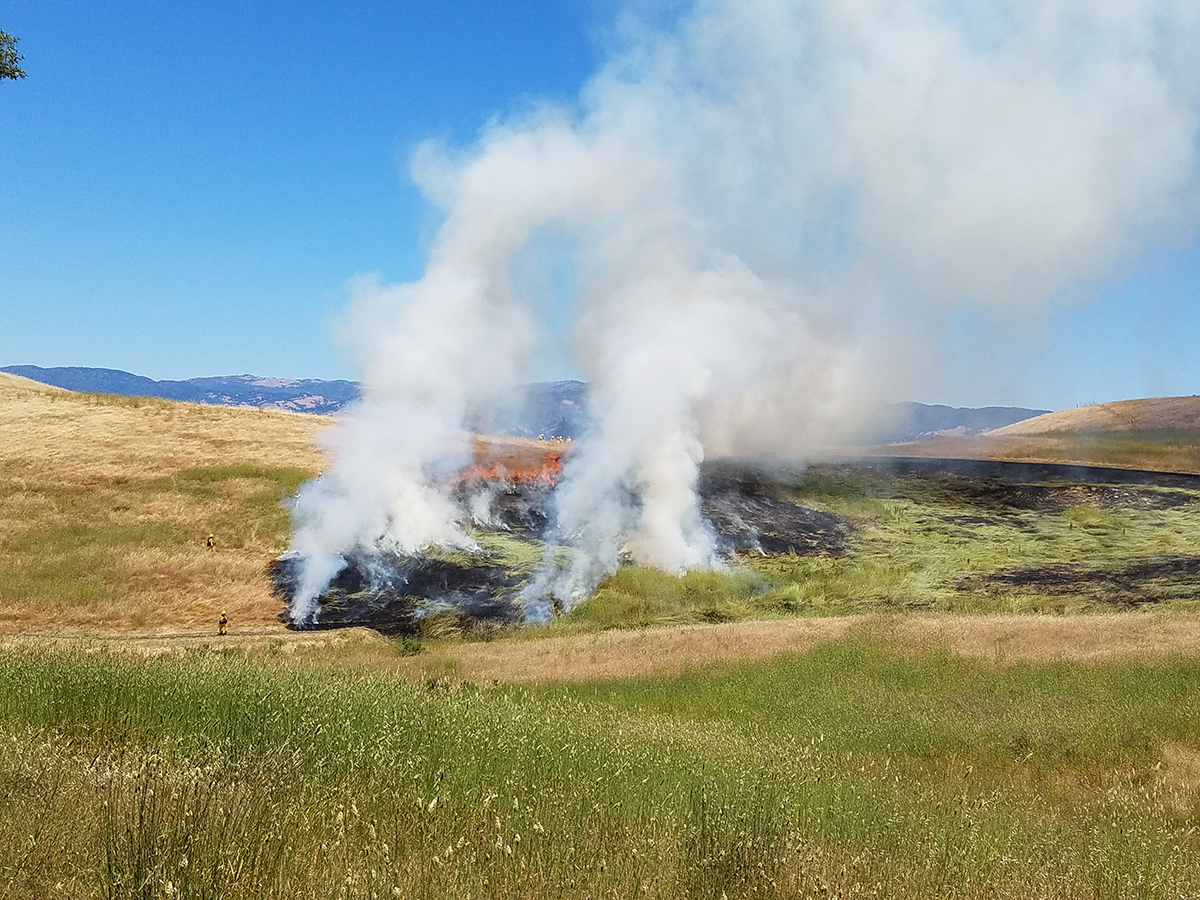 At 11:53am, CAL FIRE initiated a prescribed burn on a 7-acre area of grassland near Three Tree Hill in the center of the preserve. Guided by CAL FIRE crews, the fire moved at a slow and controlled pace across the hillside and remained inside the fire lines drawn in preparation for the burn. The burn ended at 1:20pm, and crews remained to ensure all areas of the burn zone were extinguished.

There are many ecological benefits to prescribed fire, and it is a tool favored by Native peoples who have burned regularly in this region for thousands of years. Pepperwood is grateful for the opportunity to work with CAL FIRE in implementing the first one on our preserve since it was established.

The area chosen had a high concentration of Medusahead, a highly invasive weed that reduces biodiversity by out-competing native species, and dropping a thick layer of thatch each season that increases fuel loads.

A thorough pre-burn assessment was done before the burn, and Pepperwood staff and research partners will be studying the impacts of the fire on the grassland ecosystem over time. 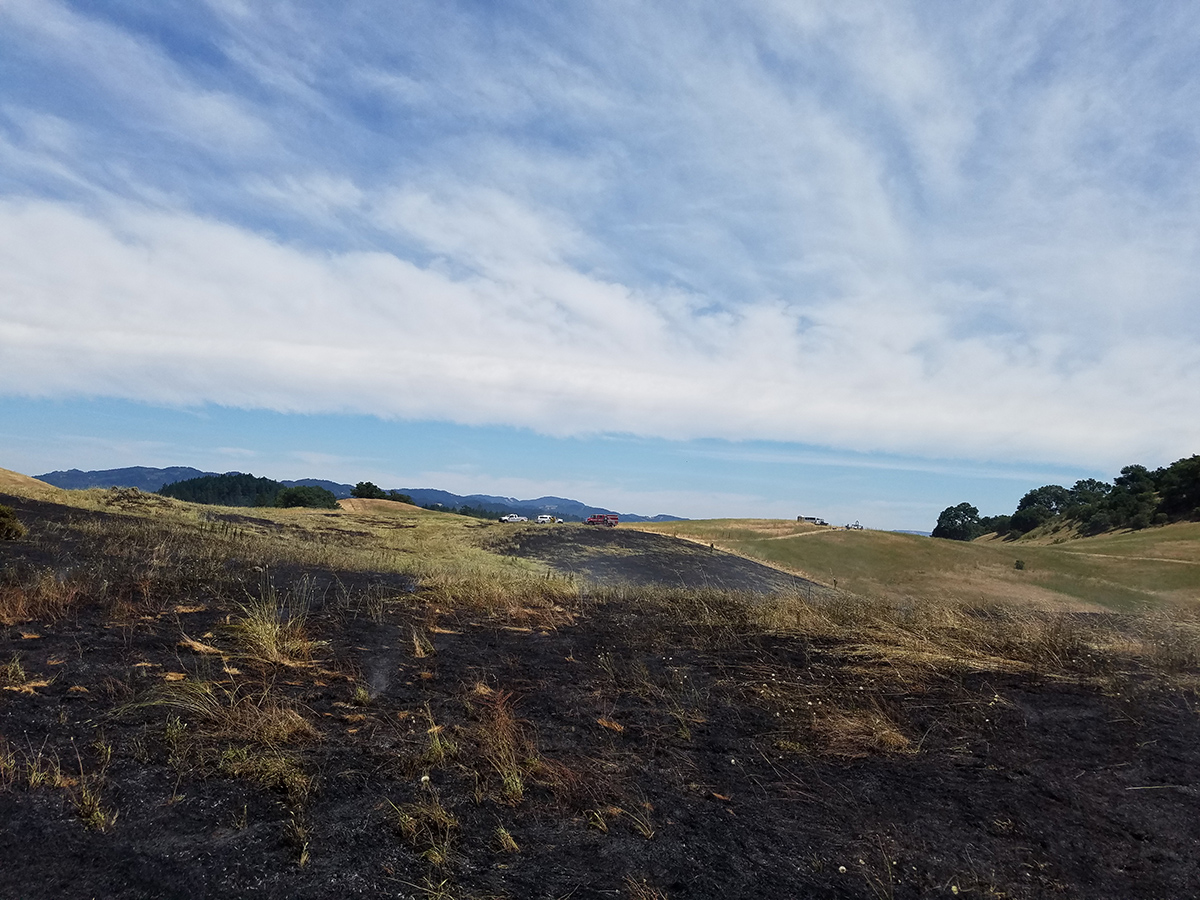 A big thank you to CAL FIRE who made it all possible and did an outstanding job of planning and implementing the burn.

An Epic TeenNat 2022 Comes to a Close