Posted on May 11, 2016 Categories: Blog, Education No comments yet 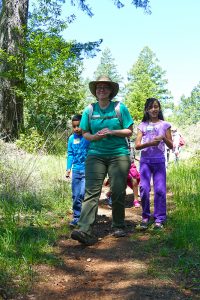 A class of 2nd graders from Steele Lane Elementary school in Santa Rosa recently visited Pepperwood for their second Students Conducting Environmental Inquiry (SCENIQ) field trip of the school year. The class was divided into two groups, each with twelve students and three parents. The group I observed was led by our educator Nicole Barden. After a bit of hiking and exploring along the Douglas-fir Trail, the group came upon a pile of wood surrounded by poison oak. On the top of the wood pile they spotted a Western fence lizard.

A student asked, “Do you think that is it’s home?” Instead of saying, “Why yes!” and rattling off half a dozen facts, our educator Nicole turned the question back to her and the rest of the group, “Do you think that would make a good home?” The students speculated and continued to observe the lizard. Another student remarked, 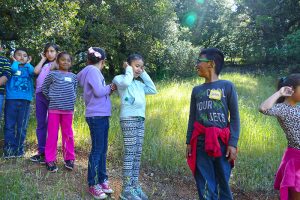 Nicole then asked the group, “Why do you think they’re hanging around here? One student offered, “Poison oak,” while another said, “Sticks.” Before leaving Nicole asked, “Does anyone have any other ideas?” After the students finished sharing their ideas, the group moved on.

Constructivism — Giving up the Driver’s Seat 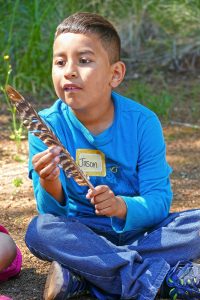 At Pepperwood, we believe in student-centered education. This means believing that our students “construct” their own understanding through experience and reflection. This is different from the educational paradigm in which learners were thought of as empty vessels ready to be filled with information. Rather, we at Pepperwood believe in being “guides on the side” and letting students’ innate curiosity drive their learning.

In the above interaction Nicole could have stopped the group and provided a lengthy explanation about Western fence lizards, stating their Latin name and telling the group about their habitat preferences. However, instead of placing herself as the sole purveyor of knowledge, Nicole trusted that the students could make their own observations. With guiding questions, she led them through a process in which they used their own prior knowledge and visual observations to create meaning.

Did they get everything right? No. The poison oak probably has nothing to do with why the lizards were found where they were. However, the students made important observations about the color of the lizards and their habitat, and began to form a “Western fence lizard” file in their minds into which they will be able to add new information in the future. They created their own meaning and were left yearning for more information. Perhaps some will ask their teacher or parents to help them learn more after their trip to Pepperwood. Who knows—curiosity might even lead one of them to a future research project on lizards.

Teachers are appreciating this approach with students. Our teachers agree that SCENIQ promotes students using evidence to construct explanations. As one of our local teachers recently remarked, “the educators had excellent management skills and knew how to ask scientific questions to create independent thinking.” 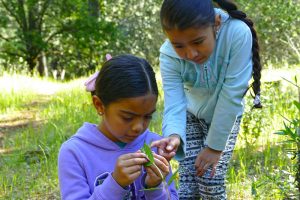 The type of scientific meaning making we are promulgating with our SCENIQ program is exactly what is called for in the Next Generation Science Standards (NGSS). As explained by the National Science Teacher’s Association:

“NGSS aims to eliminate the practice of “teaching to the test.” Instead, they shift the focus from merely memorizing scientific facts to actually doing science—so students spend more time posing questions and discovering the answers for themselves.”

These new national standards have been adopted in California and are currently being phased in.

Pepperwood has been a leader in raising awareness of these standards and their implications for environmental education. This winter, in partnership with the Sonoma Environmental Education Collaborative and ChangeScale, Pepperwood hosted a two-day workshop led by trainers from the Lawrence Hall of Science’s BEETLES program. Environmental educators from all over Sonoma County experienced first-hand what it means to lead groups in student-centered inquiry that encourages deep understanding and helps students realize they can be scientists themselves.

An important aspect of constructivism is reflection. This spring we are piloting a series of lessons teachers will do before and after their visits to Pepperwood. These lessons will ask students to predict what they might experience at Pepperwood, reflect on their experience, recount details, and tell a story about their visit. We look forward to publishing some of these stories on our blog and getting to see Pepperwood through their eyes—stay tuned!

Above photos are of SCENIQ students from Steele Lane Elementary on their Spring 2016 visit to Pepperwood. Photos by Sandi Funke. 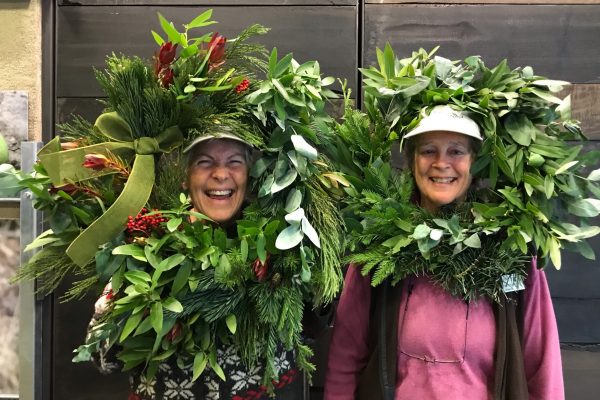 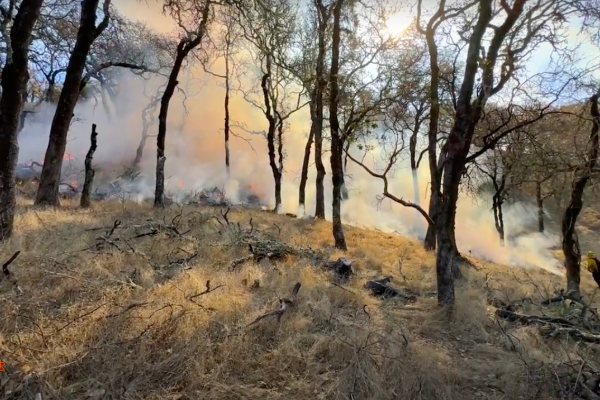